Organize Your Digital Life With a Few Tips 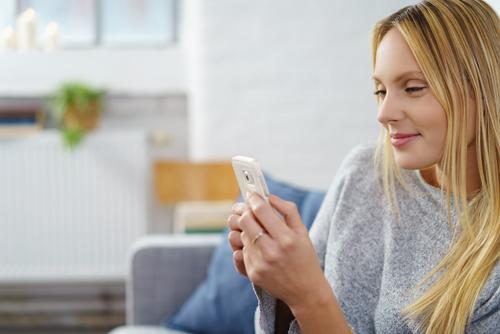 Every day when you wake up, you prepare yourself for the day ahead, both physically and digitally. The problem is, with so many social media platforms, digital accounts and devices, it’s difficult to keep track of all your digital material. Don’t leave loose ends scattered about your digital life, or load your devices to the brim with videos, pictures and documents.

Declutter your digital life with these simple tips:


Updates: Don’t put off the updates that come out for apps, programs and operating systems. Updates weed out bugs, slim down software, increase productivity and allow your programs to run more smoothly. Updates also improve the security of your devices, especially when it’s your OS.

Trash Worthy: There are some apps and programs on your digital devices you probably don’t use anymore. Weed out these programs and either delete or uninstall them. These programs won’t only take up space on your device. The less free memory your device has, the slower it will run.


Organizing your computer can be the easiest or most extensive of these tips; it all depends on how in-depth you want to go. The first step is sorting your documents. Documents are just like pieces of paper, in a way; they pile up and then you have so many you don’t know where to start the purge. Some people suffer from just-in-case syndrome in which they keep documents they probably won’t need. For example, you probably don’t need notes from an old project or essays you wrote as an undergrad. Trash them.

Next, clean up your email and social media accounts. Unsubscribe to any newsletters you may have used once upon a time — then delete emails from yesteryear. If you have any social media accounts you no longer use, delete them. While they probably won’t do you any harm, there’s no point having them in your name if you don’t use them. If you still have an overloaded computer, use a cloud storage service like Dropbox or Google Drive.


These devices are grouped together because they function in such similar ways and are used to resolve similar issues. For instance, user-created content can bog down both smartphones and tablets, whether videos, pictures or visual projects (which are more of an issue on tablets than smartphones). Take ten minutes to delete old content you don’t need. If you still don’t have enough data storage on your device, it may be time for an upgrade. For instance, the LG G5 has expandable memory up to 2 terabytes. The Asus Transformer tablet also has expandable memory, which gives you more options. Next, use multipurpose apps.


For instance, don’t use three different task organizers. Instead, use one calendar app that keeps track of appointments and lets you enter your to-do list. Also, clean up your device’s display with folders and categorize them. For instance, Evernote, Google Drive and your calendar app can be placed in your “productivity” folder. If you play any mobile games, those can be kept in your “games” folder. This will give your device’s app display a clean, ordered look.

Tips for Getting the Most Out of Your...

Getting Your Home Ready For Spring: A Guide

Ways to Maximize Your Closet for An Easier...

I love how practical these tips are. My email account is the one area that I need to work on the most. But your other ideas about cleaning out old folders and unsubscribing from newsletters are right up my ally too. Thanks!

I've utilized some of these in the past and they really work!

I used to subscribe to everything. Now I am really picky. I mostly stick to emails where I am constantly getting something or companies that I love to shop at.

This website uses cookies to improve your experience. We'll assume you're ok with this, but you can opt-out if you wish. Accept Read More